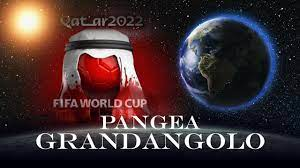 POISONS IN THE WORLD CUP

The 2022 FIFA World Cup in Qatar hides a tragic reality that the political-media mainstream covered with silence. First of all, this Gulf emirate was chosen by FIFA to organize the 2022 World Cup. The International Football Federation, FIFA, is deeply corrupted to the extent that its top officials have been arrested for fraud, racketeering, and laundering money. It is, therefore, no wonder that FIFA chose Qatar to expel Russia from the World Cup. The 2022 World Cup is the most expensive in history: Qatar spent 220 billion dollars on it (compared to the 4 billion spent by Germany to organize the 2006 World Cup).

Qatar – an emirate of 3 million inhabitants, whose workforce is 95% made up of 2 million immigrants – has used migrant workers recruited in Nepal, Bangladesh, and other Asian countries to build stadiums and infrastructure for the World Cup. These people were lured with false promises, and once in Qatar they were subjected to slavery-like exploitation. Their passport was confiscated to prevent them from leaving the country. They were forced to grueling work shifts in dangerous conditions with 40-50 degrees temperatures for wages much lower than promised. They were forced to live in hovels in disastrous hygienic conditions. There is evidence that about 15,000 died, whose deaths were officially attributed to "natural causes". The families were consequently denied any compensation.

All of this has been ignored by the "international community" because Qatar, a country that violates the most basic human rights, has been named by President Biden a "Major Non-NATO Ally of the United States". Al Udeid Air Base in Qatar is the largest US military base in the Middle East. It is lined up with, among others, strategic nuclear attack bombers. Italy, which has sent over 600 soldiers to man the stadiums where the World Cup is held, has important military agreements with Qatar, to which it supplies war helicopters and other armaments.