First of all, I want everyone to know we are collectively over the target as our electronic systems suffered a massive attack while this report was being prepared.  Nevertheless, countermeasures were activated, and here is the latest intel that was intended not to reach you in a timely manner.

A series of high-level murders, an attempt to set off nuclear weapons in the Ukraine, riots, and other chaos all indicate the current Western political system is imploding.  The main problem is a group of Messianic fanatics who think they must fulfill end-times prophecies written in ancient books.

Let us start with the attempt by the end-times fanatics to start Armageddon in Ukraine.  After we conveyed a message from Russia’s FSB last week that a U.S. C-17 carrying nuclear weapons arrived in Ukraine we got the following message from the NSA:

“Thanks to your tips 3 nukes were located headed into South-Eastern Ukraine to be remotely detonated…  in about 2 weeks…  hopefully Russia will take them out …………   and the 4 weapons headed into south Western Russia will be rerouted by Russia…And we hope the 4 nukes headed to DC, NYC, Moscow in June  & Maybe London will also be rerouted into the depths of Langley East and West…  we can only hope.”

The intercepted nukes were clearly intended to be set off in Ukraine and blamed on Russia as we can see from the propaganda campaign now going on.  For example the U.S. Navy Information/Disinformation site Sorcha Faal and Jane’s report the following:

“President Putin authorizing the use of the nuclear-armed Iskander ballistic missiles being presently deployed near the Ukraine border.”

Then we have reports about Russian “nuclear mortars” etc. https://defence-blog.com/news/army/russian-atomic-mortars-spotted-moving-toward-border-with-ukraine.html

Of course, the mainstream corporate propaganda media is also beating the drums of war.  https://www.dailystar.co.uk/news/weird-news/russia-ukraine-brink-war-signals-23867984

We also have the Israelis and their Iranian partners carrying on their ad-nauseum “Iran is about to get nuclear weapons” kabuki theater.  The latest is a supposed Israeli attack on an Iranian nuclear site followed by Iranian promises of “revenge.” As usual, they are just trying to get “Gog” (the G7) to fight “Magog” (the Shanghai Cooperation Association) to start Armageddon.

These fanatics just won’t give up.  That is why the Gnostic Illuminati have issued the following warning:

“If the Messianic fanatics try nuclear terror again, it will result in the obliteration of Jerusalem.”

OK, now let us talk about the announcement of the death of Prince Philip, the associated murders, and their connection to the nuclear terror attempts.  Prince Philip died…

two years ago, just when the current “pandemic” broke out, according to our CIA and Mossad sources.  Remember this infamous 1988 quote of his:

“In the event that I am reincarnated, I would like to return as a deadly virus, to contribute something to solving overpopulation.” https://news.yahoo.com/prince-philip-quote-reincarnating…

Maybe his cabal friends carried out this entire scamdemic as a form of tribute to him.  The timing of the announcement of his death may also be linked to a fight between two cabal factions, the Davos “great reset” crowd, and the Armageddon group.  The deaths of Prince Charles socialist-globalist allies Sir Richard Sutton (murder) and Czech billionaire Petr Kellner (helicopter accident) are not coincidental, according to the Sorcha Faal information-disinformation site.

Our Mossad sources say the great reset group is planning to wind down the “pandemic” this summer and announce the death of Queen Elizabeth II this autumn.  This would be followed by a new leader of the committee of 300 (Prince William? Charles? Harry?) and an accompanying “great reset.”

The Armageddon group is apparently desperately trying to prevent this from happening because they still believe World War III and the death of 90% of humanity is necessary to bring forth their “Messiah.”

There is also a lot of confusion swirling around the ongoing scamdemic.  This is seen in the form of more and more contradictory information being pumped out about Covid-19 and vaccines; Vaccinated people are getting Covid; vaccines cause blood clots, mad cow disease, death, etc.  It is almost as if we are witnessing a campaign to awaken the sleepwalkers.

Perhaps the most credible reason for the fake pandemic and the accompanying vaccine campaign is contained in the following article from March 2020:https://www.defenseone.com/technology/2020/03/military-funded-biosensor-could-be-future-pandemic-detection/163497/

Remember these end-time fanatics believe that everybody needs to have the mark of the beast implanted into them in order to bring on the “Messiah.”  Maybe that is why the new Pope Francis Avatar recently issued this call:

“I reiterate my call to government leaders, businesses and international organizations to work together in providing vaccines for all.”

He linked it with a call for communal property linked to people’s social scores.  If that is not the mark of the beast I do not know what is. https://press.vatican.va/content/salastampa/it/bollettino/pubblico/2021/04/08/0214/00473.html

It is also clear the Western fanatical leadership is panicking because their whole plandemic scam is falling apart and mass vaccination is not happening on the scale necessary for depopulation.  There are more and more signs the campaign is now being wound down.  In the UK for example they are saying they reached “the threshold of herd immunity against Covid-19 on April 12.” https://www.thenationalnews.com/world/europe/uk-to-hit-herd-immunity-next-week-as-vaccines-break-the-link-between-cases-and-deaths-1.1199489

Opinion polls also show the pandemic fear campaign is failing as the public begins to wake up to the reality that people are not actually dying any more than they did before the “pandemic.”  https://news.gallup.com/poll/344183/americans-worry-catching-covid-drops-record-low.aspx?utm_source=alert&utm_medium=email&utm_content=morelink&utm_campaign=syndication

There is also a growing body of evidence that the pandemic campaign was started with a massive 5G electromagnetic attack that really did kill lots of people before the 5G networks were dismantled.  Last week, for example, saw gravesites in Wuhan China being overwhelmed by mourners, confirming that hundreds of thousands if not millions of people were killed when they simultaneously fired up 10,000 5G towers in the city in late 2019.  https://www.zerohedge.com/covid-19/massive-crowds-reported-wuhan-cemeteries-raising-questions-about-actual-death-toll

The sheer terror of being exposed as war criminals is turning the Khazarian Mafia cabal into dangerous cornered rats.  This includes the Chinese Communist Party officials behind the Wuhan disaster.  Many of them, including Xi Jinping, have already been removed.  The current Xi is the brother of the previous one, Asian secret society sources say.

The Rockefeller faction behind the Joe Biden Avatar fake U.S. government is especially terrified because their crimes against humanity are far worse than just a single attack on Wuhan.  They have been deliberately poisoning the people of the world for over a century with cancer-causing chemicals.

For example, the label on this wholesale “vanilla oil” bottle warns the contents are carcinogenic, destroy fertility, cause organ failure and attack the central nervous system. 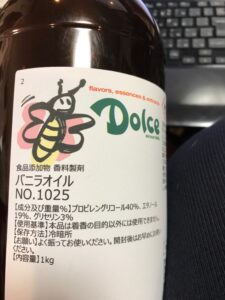 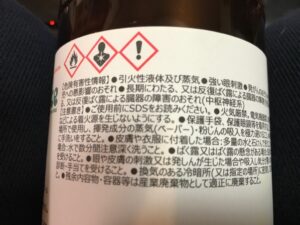 And yet this same “vanilla oil” is found in every Japanese supermarket without any warning whatsoever.  This form of attack has been repeated in shampoos, soaps, foodstuffs, cosmetics, etc. throughout the entire commercial ecosystem of the fortune 500 companies controlled by this Satanic clan.

That is why the vaccines pushed by this particular group, as the former VP of Pfizer warns, are going to kill all those who take them. https://www.lifesitenews.com/news/exclusive-former-pfizer-vp-your-government-is-lying-to-you-in-a-way-that-could-lead-to-your-death

The other reason the Armageddon sub-group of the Khazarian Mafia wants to kill everybody is that their crimes against children are also about to be exposed.  According to a top CIA source:

“Ghislaine Maxwell is not in the Metropolitan Detention Center in Brooklyn as the MSM is saying.  She was removed from the MDC months ago, All the talk about her bail and court appearances are theatrics.  She is under the protection of military intelligence.  Maxwell turned over all her documents, photos, videos, ledgers and files to them.  MI has enough intelligence to bring down the top-level Cabal-Satanic members.  They are waiting to spring the trap.  It seems the announced death of Prince Philip is connected to this.”

We have been waiting and waiting for the U.S. military to act but hopefully this time they really will.

The other thing the Rockefeller group is doing is trying to raise oil prices.  Oil refineries and related facilities have been destroyed during the past month in Syria, Saudi Arabia, Mexico, Mozambique, Indonesia, Texas, etc.  The cutting off of the Keystone Pipeline and the warmongering in Ukraine also fit the Rockefeller playbook.

Asian secret society sources are now telling us the real reason for the coup in Myanmar followed by the recent unrest is that the Rockefellers are trying to sabotage a major Chinese oil pipeline that is designed to bypass the Straits of Malacca chokepoint.

The Rockefellers have also gotten a lot of money from Communist China by promising them control of Japan, ASEAN, Australia, and New Zealand as we have previously reported.  That is why the U.S. was able to pay for the largest trade deficit in that nation’s history, $71.1 billion for the month of February alone.

Japanese right-wing sources close to the Emperor have now pointed out exactly who the Rockefellers are using to keep their promise to hand Japan over to the Communist Chinese: an imperial family pretender by the name of Fushimonomiya Hiroakio.  He is an adviser to Mobil Oil, which is how the Rockefeller family funnels money to him, the sources say. 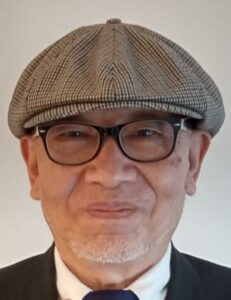 This is the group mentioned in last week’s report calling for a “True World Religion Federation,” and “World Religion the Vatican.”  In other words, it is a good bet the current Pope Francis Avatar, together with the Biden Avatar, the Ben Johnson Avatar, etc. also all work for the Rockefellers and their bosses at the Octogon group in Switzerland. https://wrf.jp/index.html

This is personal for me because these people murdered my webmaster and probably murdered my former girlfriend and our child.  They are also linked to the Dalai Lama.  Their Chief Hitman Tenzan Nakai came out of hiding because his former Boss Hanabusa Goro of the Hanabusa gang died a few weeks ago and he is hoping to take over, the sources say.  These people need to be hunted down and destroyed ASAP.

By the way, we were told last week that these are the precise coordinates for the headquarters of the Octogon group: 46.4555, 6.60052

If you punch those coordinates into Google Earth, they point directly to the center of Lake Geneva.  Removing these people from power is the only way to save the West from becoming a Chinese colony.

It seems the JP Morgan faction of the Khazarian Mafia has come to the same conclusion.  Last week JP Morgan CEO Jamie Diamond made the following observations:

“America has faced tough times before…This time may be different….The Chinese see an America that is losing ground in technology, infrastructure and education – a nation torn and crippled by politics, as well as racial and income inequality – and a country unable to coordinate government policies (fiscal, monetary, industrial, regulatory) in any coherent way to accomplish national goals.  Unfortunately, recently, there is a lot of truth to this.  Their long-term thinking and competent, consistent leadership have outshone America in so many ways.

Almost all institutions – governments, schools, media, and businesses – have lost credibility in the eyes of the public.  Americans know that something has gone terribly wrong, and they blame this country’s leadership:

We need a comprehensive, multi-year national Marshall Plan, and we must strive for healthy growth.  Proper budgeting and planning – on a multi-year basis – should be implemented at all levels of government.” https://reports.jpmorganchase.com/investor-relations/2020/ar-ceo-letters.htm#public-policy

At the risk of sounding like a broken record, a new institution, i.e. a future planning organization, is the way to fix the West and the planet as a whole.  The messianic fanatics are trying to prevent this and must be removed.  There is no other choice.

One final note this week, we are seeing more and more reports of UFOs in the corporate media.  This one about pyramid-shaped UFOs https://www.dailystar.co.uk/news/weird-news/astonishing-new-footage-captures-pyramid-23882803 got my attention because the Dalai Lama linked people above used to like showing me pictures of such  UFOs.