Presidential Address to the Federal Assembly

The President of Russia delivered
the Address to the Federal Assembly.


January 13, 2020
Benjamin Fulford
The recent events orchestrated by the U.S. government in Iran have backfired in a major way and the repercussions have only just begun, multiple sources agree.  The worst result has been to force the British and the rest of the Anglo-Saxon world away from their alliance with the U.S. under its current administration, MI6 sources say.  “Whatever happened should never have happened, and the Western powers need to vacate the Muslim world and contain Israel,” the sources say.
Even the Israelis are waking up to the dangers of the Evangelical Christian nut jobs they created, Mossad sources agree.
https://www.thedailybeast.com/netanyahu-distances-from-soleimani-slaying-says-israel-shouldnt-be-dragged-into-it-report
Of course, the rest of the world already views the U.S. as a pariah state, so now U.S. President Donald Trump is totally isolated on the world stage.
Before we go further into the fallout, let us summarize exactly what happened.  Basically, it was yet another attempt to start World War 3 by the Messianic Jewish crazies who, for simplicity’s sake, we will call the Zionists.  This time they orchestrated an escalating series of events in a vain effort to get their long-awaited Armageddon by:
Now they are trying, and failing, to orchestrate regime change in Iran.  Instead, though, this botched operation has succeeded in waking up a critical mass within the Western intelligence/military community to the fact the U.S. government has been hijacked by a fanatical cult that is trying to start WW3.
That is why the UK Defense minister Ben Wallace publicly announced his country was breaking away from its military alliance with the U.S.
https://www.businessinsider.com/uk-abandoning-trump-iran-us-withdraw-leadership-world-qassem-soleiman2020-1?utm_source=reddit.com&r=U.S.&IR=T&utm_source=reddit.com
There has also been a huge pushback by saner minds in the U.S. military-industrial establishment against the end-times fanatics centered around presidential son-in-law Jared Kushner and his Chabad cult.  For example, U.S. Defense Secretary Mark Esper publicly denied claims by Trump that Iran was planning to attack U.S. embassies.
https://www.reuters.com/article/us-iraq-security-usa/pentagon-chief-says-no-specific-evidence-iran-was-plotting-to-attack-four-us-embassies-idUSKBN1ZB0KM
Pentagon sources say, “Despite the rhetoric, Trump has no choice but to pull U.S. troops out of Syraq, and eventually the Middle East.”
The reason Trump has no choice is, among other things, financial.  The U.S. has wasted over 7 trillion dollars on endless war in the region and is now running out of money.  This is the $7 trillion, by the way, that the Japanese were hoping to spend on ending poverty and stopping environmental destruction before the U.S. regime stole it from them.
There was a meeting between a representative of the White Dragon Society (WDS) and a senior Asian secret society leader last week to discuss, among other things, a plan for the bankruptcy reorganization of the U.S.
The plan calls for … 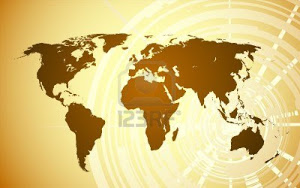